What Are Some Other Kinds Of Organized Crime Besides Things Like The Mafia And Youth Gangs?

Ian Fortey answered
Pretty much any time a group of people get together and plot something nefarious you can consider it organized crime.  Obviously more famous ones like the Italian mafia or the Yakuza get more media and pop culture attention, but there are some other unusual ones that exist as well.  Like these 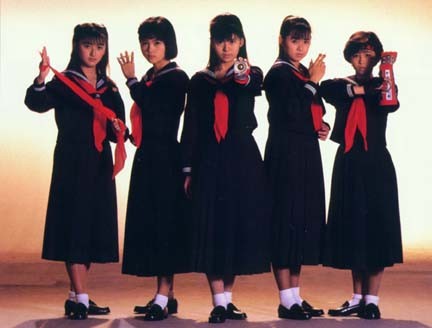 The land of the rising sun will never run out of awesomeness to amaze and astound Western culture.  For instance, in America there’s a continuing problem with female gangs and violence amongst young women that is unlike anything in our past. In Japan, girls in gangs are called Sukeban which means something like “boss girl.” Gang members dress like Sailor Moon in pleated skirts complete with embroidery and unwholesome fantasies ensue while the girls engage in playful activities like sniffing glue or kicking the heck out of you and stealing your money.

The girls really play out the schoolgirl motif by using things like yo-yos as weapons, which must be super embarrassing for each and every person who ever got their butt kicked by a school girl wielding a yo-yo.

The most notable gang of Sukeban, supposedly 20,000 members strong, was called the Kanto Women Delinquent Alliance which sounds a bit like an Optimist club for teen thugs where they get together and eat scones before shanking enemies.

Elsewhere there are mabudachi, lady gangs, who rode motorcycles and have a sort of junior affiliation with the lower ranking Yakuza, kind of like Girl Guides and Boy Scouts collaborating, only instead of selling cookies they sell stab you and take your stuff.  All of this is done, of course, while dressed like Sailor Moon. 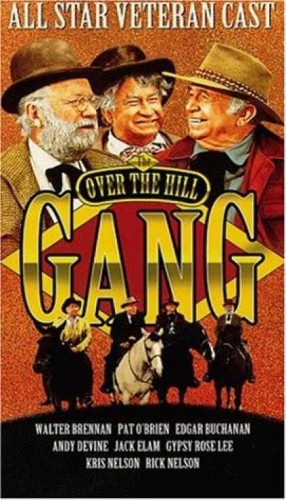 In Grand Prairie, Texas, police spent over 5 years investigating a homicide that eventually got linked back, via anonymous tip, to a gang of elderly and middle aged men cleverly called the “Over the Hill Gang,” though it’s unknown if that was just a handy moniker thought up by the press.

Generally when you hear “elderly gang” you might think of the crew from the Cocoon movies, but in fact the men had been involved in criminal activity for decades, stretching all the way back into the 70’s when the gang was heavily into the use of heroin and made a habit of robbing grocery stores.

The gang’s involvement in the murder lead to the founding of Crime Stoppers, as police were at a loss for suspects in the case and decided to dramatize and broadcast the events in the hopes that the public would be able to assist.  Local television agreed to broadcast the reenactment and eventually the right tip came in which tied the murder to the Over the Hill Gang.

A second gang known by the same name was linked to thousands of home robberies in New Jersey.  Like the Texas gang, members were middle aged to elderly and they worked meticulously, casing houses for days to find the right opportunity.  They were in their prime in the 1980’s and 90’s and were finally arrested in 1998.  However, as late as 2008, two members in their 60s were arrested again for breaking into homes, though it’s likely they were a lot slower and achy one they’d hit retirement age, which likely helped in their capture. 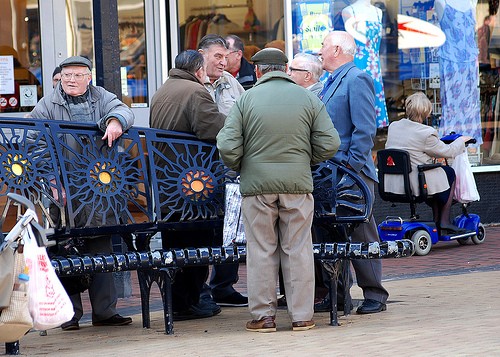 America doesn’t hold exclusive rights to gangs of the elderly.  One of Britain’s most successful counterfeiting gangs consisted of elderly members drawing pensions, the oldest of whom was 83.

The gang was set up in London and Glasgow and had facilities capable of cranking out £800 worth of very convincing fake cash every half hour.  Law enforcement believes they managed to make over £5 million all told.  Their set up even included a machine to insert the metal security strip in the bills to make them look more genuine.

Once the group was brought in after a 10 month investigation, some received prisons sentences while others received suspended sentences or had to be fixed with electronic tags to monitor their whereabouts. 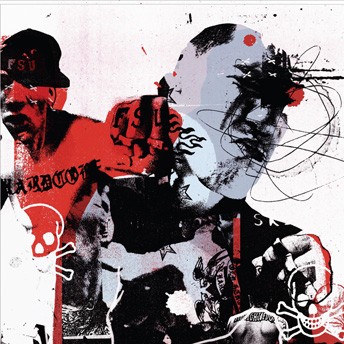 Born in the 80’s punk music scene, FSU had a bit of a happy beginning, or as happy as a gang of angry young men can get.  It used to stand for “Friends Stand United” and was a response to the prevalence of Neo Nazi skinhead gangs in the Boston area where they were formed.  That was all fine and good until FSU decided that if they could fight Nazis, why not fight everyone who crosses them?  The gang spread from Boston across the country and has trailed violence and even death behind it.

Aside from opposing skinheads which is generally an admirable stance to tank, the gang (though they consider themselves just a group of like minded individuals who enjoy the same kind of music) also has ties to the straight edge movement – kids who swear off alcohol and drugs.

Still strongly tied to the music scene, the gang has been known to target people for something as innocuous as the shirt someone is wearing.  One infamous case involving the death of a patron at a club is said to have been sparked by someone wearing a shirt with a Confederate flag on it – a sign of white supremacy to members of FSU.

They are often unofficial police at events, attempting to maintain their own semblance of order, which includes some mosh pit violence like kicking and random beatings.  However, when fights occur outside of the pit, the whole gang gets involved and there have been several deaths linked to members of the gang.  Underground videos of beat downs attributed to the gang are available (not in stores) and feature soundtracks from FSU bands. 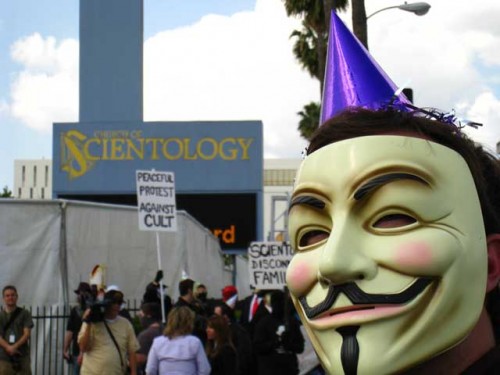 The internet has evolved into its own virtual world full of communities of strangers united together under a banner of love for stuffed animals or grammatically challenged cats and all manner of other communities that cater to curious and niche interests.  And no place is this more harrowing than on websites like 4chan.

4chan has managed to bring the strength and intimidation of internet anonymity into the real world by waging campaigns again perceived enemies, most notably the Church of Scientology and several internet predators, by way of a vast network of nameless, like minded vigilantes who just think it’s funny to bring people down a peg or two.

The strength and intimidation factor born from the group known as Anonymous is that it is, in fact, anonymous.  4chan uses no names and during rare public events such as Scientology protests, members opted to wear Guy Fawkes masks from the film V for Vendetta in reference to the scene in the film in which the people rise up against the corrupt government and all take up the mantle of the anonymous vigilante hero.

Though their methods are often crass, it must be said the group has effectively captured several pedophiles and allowed police to close out investigations, though the methods used by the group themselves are often not legal or admissible in a court of law.  They do, however, point law enforcement in the right direction.